They interviewed Mr.Jim Kelman, Director of WEST Program on camera about the WEST Program and its role in promoting good US-Korean relations.  The interview was part of a larger program by the Japanese that focused on the increasingly close relations between the United States and Korea, and was timed to coincide with the visit of Korean President Lee Myung-Bak to Washington.

KUSCO already placed one WEST intern at NHK and expects to continue working with NHK in this matter. 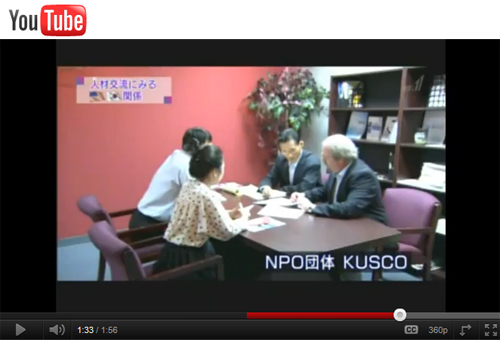