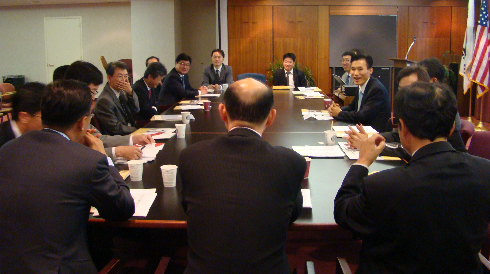 KUSCO was pleased to host the monthly luncheon for the Korean Business Association in Washington (KBAW) on October 13th in the KUSCO conference room.

The main agenda of October luncheon was as follows: